The team led by drifting professionals Alex Gräff and his wife Corinna Gräff – the “Driftbeast” – are passionate supporters of the motorsport known as “drifting”. And so are we. That’s why we support the team in its work on the vehicles at events, trade fairs and shows. Because of their skill and dedication, the Gräffs have been extremely popular and highly respected in the motor racing scene for many years – and yet they run their team and the “racing stable” on a part-time basis.

The public at large became aware of Alex and Corinna through the Netflix show "Hyperdrive" by and with Charlize Theron. The Gräffs were the only representatives of Germany to take part in the show, which was a mix of “The Fast and the Furious“, “Grand Theft Auto” and “Ninja Warrior”. In the series, Corinna was able to demonstrate just why she’s been nicknamed the "Driftbeast": She was the only woman to reach the final! Another season is planned for this year ...

For Alex, it’s all about the car: In his main job as a test driver, with his family and wife “Driftbeast” Corinna, and part-time with his own motor racing team – and always when it comes to working on the 5 vehicles in the racing stable.

His love and fascination for cars and motor racing brought him to drifting – and he’s become a true champion in this discipline. His two Guinness records for the fastest and the longest drifts demonstrate his skill. 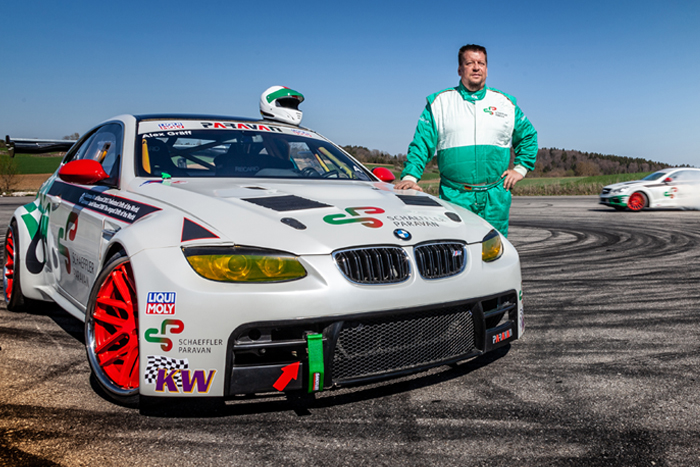 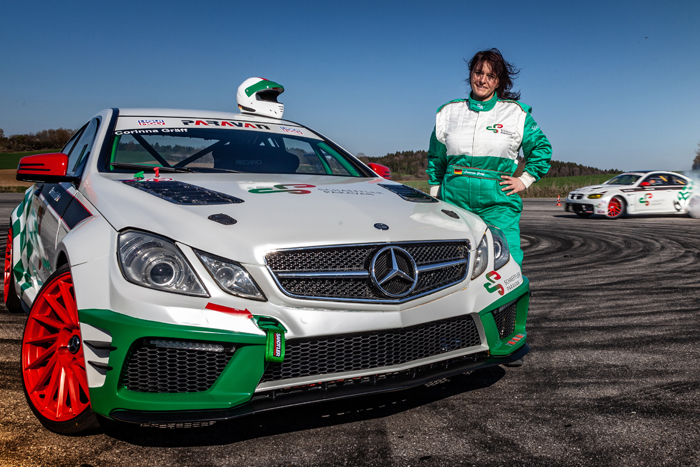 In motor racing, Corinna is one of the fastest women in Europe. Alex and Corinna have been a successful team for many years – both on the track and at home and in the garage.

As participants in the Netflix show "Hyperdrive", she beat off some top-level competitors and was the only woman to reach the final. Corinna’s a real superwoman – she’s not actually a full-time racing driver, and she achieved this alongside a full-time job, plus running a home and family and looking after and organising the team. Respect!

The “Heiligsblechle” was one of the “Hyperdrive” vehicles.

The show project was constructed at a trade fair within 3 days. 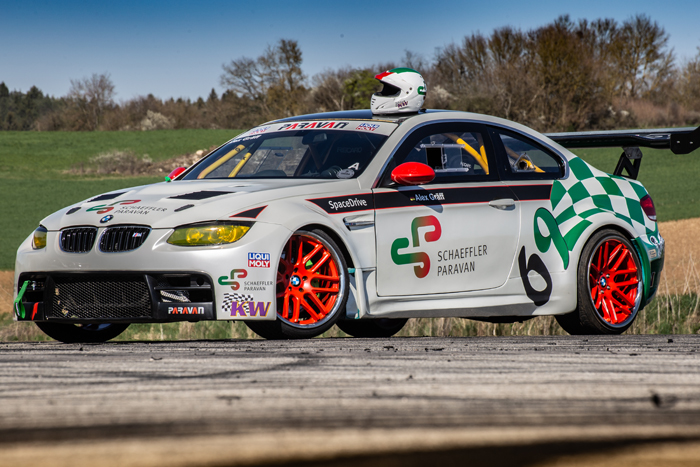 With the Paravan SpaceDrive technology, the M4 can be driven without a steering column using a joystick and achieves over 750 HP. 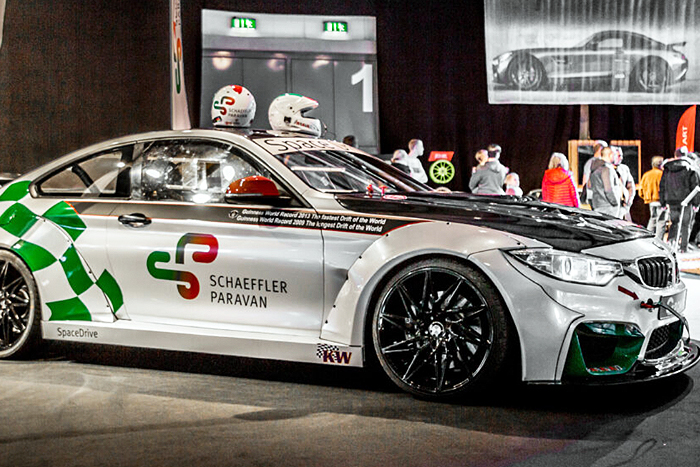